I was experimenting with using my USRP B100 and a BasicRx daughterboard tapping the IF output of my AOR 8600Mk2 reciever in order to monitor the transmission quality of my Elecraft KX3 the other day.

I became concerned that my KX3 was misbehaving when I saw some fairly horrible signals in the waterfall, for example, the CW transmission below. 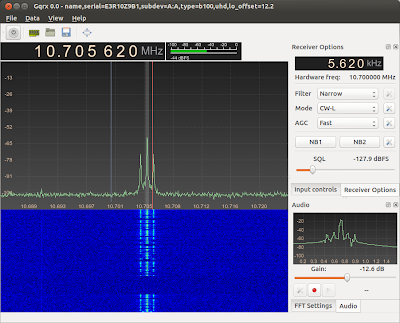 I noticed similar nastiness for SSB transmissions too.  Then, by a stroke of luck I retuned gqrx's demodulator away from the signal and much to my surprise, the nastiness went away. 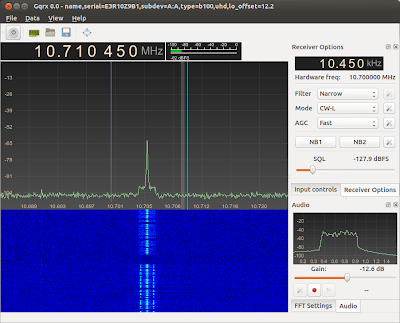 I'm not sure what is going on in gqrx that such a quirk can exist and I haven't had a look at the code yet.  I wonder if there might be a recursive filter operating on the same data that is being used in the waterfall and PSD plot, or similar.

Update 1
I've added another screenshot below. When this was taken, I'd been scrolling the modem back and forth across the CW signal.  This time I used a modem with a wider bandwidth. 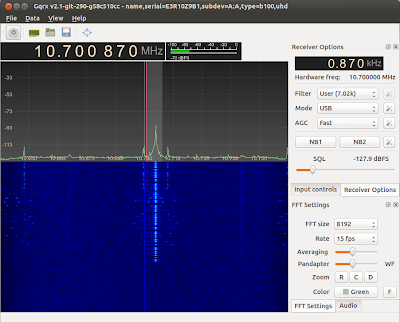 Update 2:
It seems to be related to the squelch somehow. In the following screenshot, I alternated the squelch between fully open (previous setting) and fully closed.  The spurii seemed to go away  when the squelch was closed. 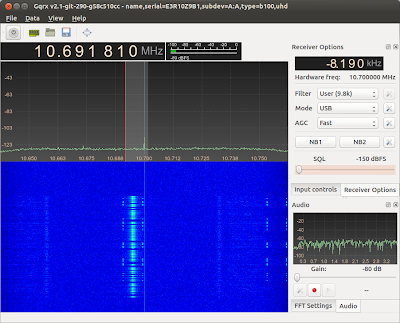