Getting a good strong signal from MONTY this morning. 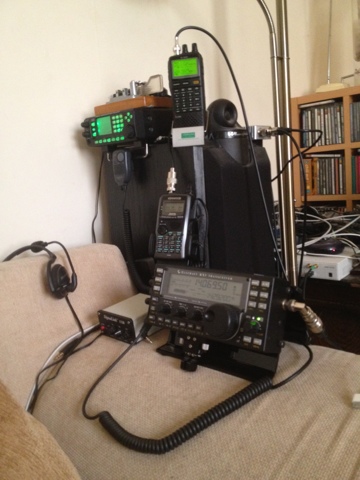 PICO HAB on HackRF with GQRX and dl-fldigi

I awoke this morning to find myself surrounded by low flying High Altitude Balloons. NANU and PICO were up.

I plugged in my HackRF and fired up two instances of dl-fldigi. The first used an analogue path from the AOR-8600mk2 reciever and the second took an audio feed from gqrx.  I found both signals in gqrx's waterfall  and managed to decode both signals at the same time.  NANU hit dirt before I got the digital path working, so I then tracked PICO with both receiver chains. I had to set the sampling rate for the HackRF to 10MS/s.  Initially I tried 8MS/s but dl-fldigi wouldn't decode anything - I noted that the RTTY scope hung quite often until I increased the sample rate. 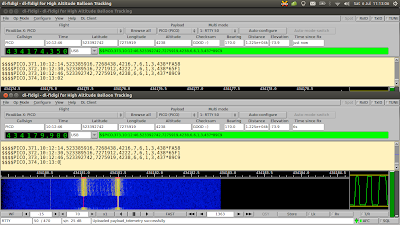 The HackRF seems to be better than the USRP B100 for narrow bandwidth modes as it doesn't suffer from the discrete stepping TCXO that the USRP B100 manifests.
Posted by g0hww at 11:14 No comments: