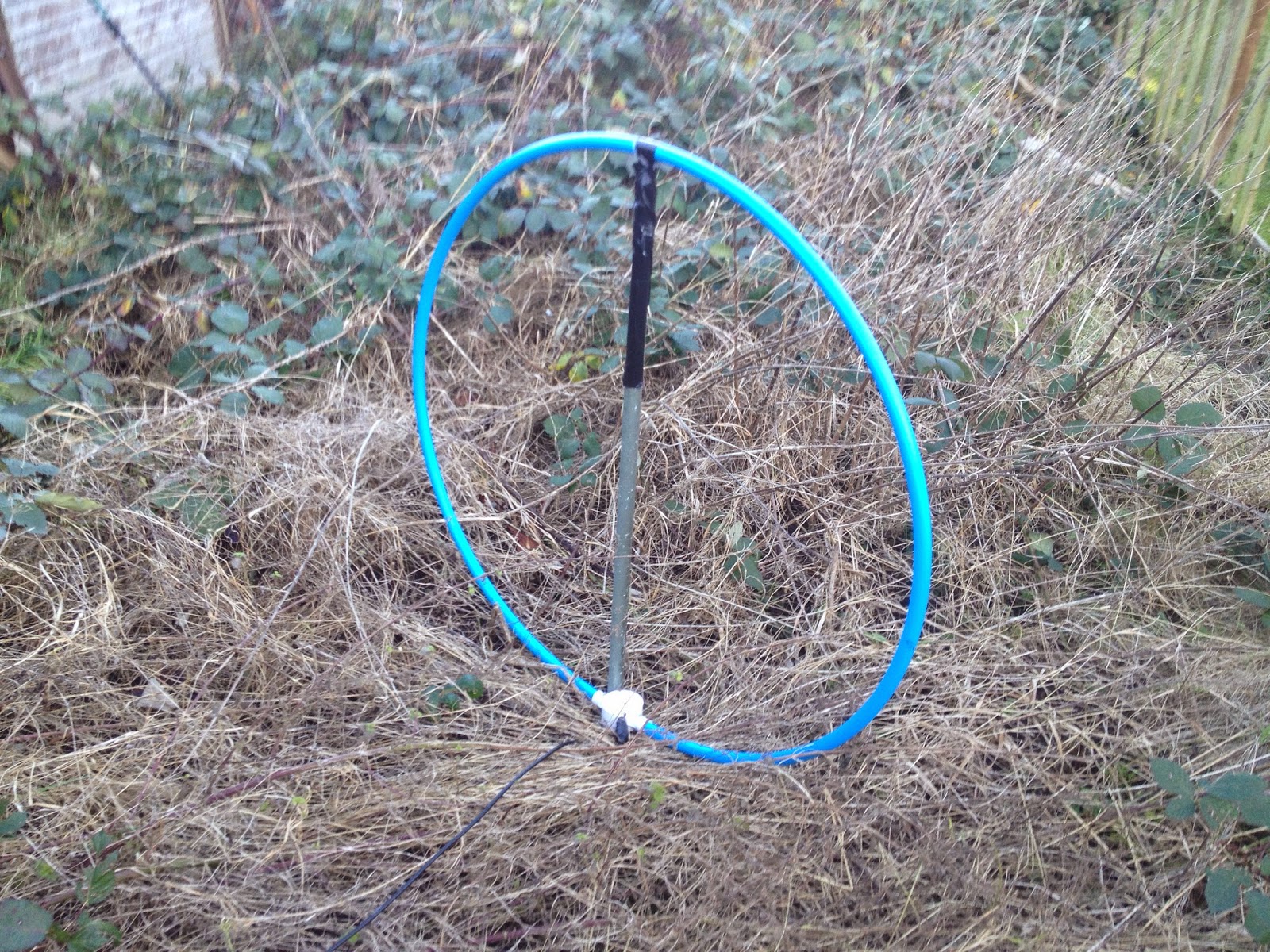 I nailed a spare mast post into the ground with a mallet and duct-taped the loop to it.  Some self-amalgamating tape applied to the coax connector and it was good to go.


This pic shows some of the contesters on 40m, being received on the new loop. 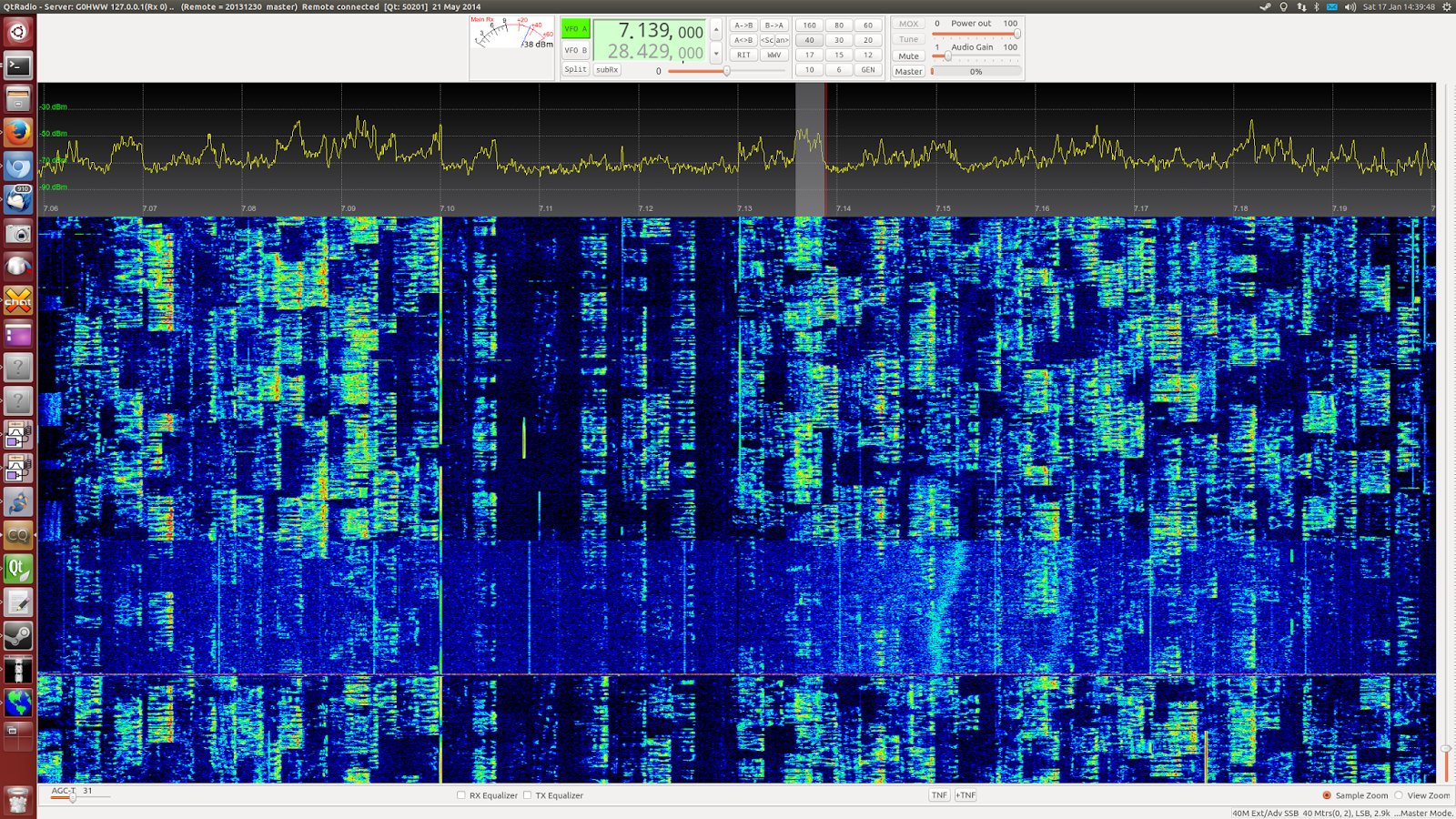 The change in the waterfall shows what happens when I switch back to the Diamond BB6W wire antenna.  The loop is mounted at ground level and is underneath the wire antenna.

The next screen shot shows the power spectrum with the BB6W feeding the SDR gubbins, which incidentally has my KX3 at the front end thanks to ghpsdr3-kx3-server. The results are equally if not more impressive on other bands, but less significantly so on 15m and up.


I'm very impressed so far.  It really is good!

More pics. Now of 60m.  You can see an Olivia transmission with an RSID start up in the middle of the spectrum.  This one shows the power spectrum from the loop. 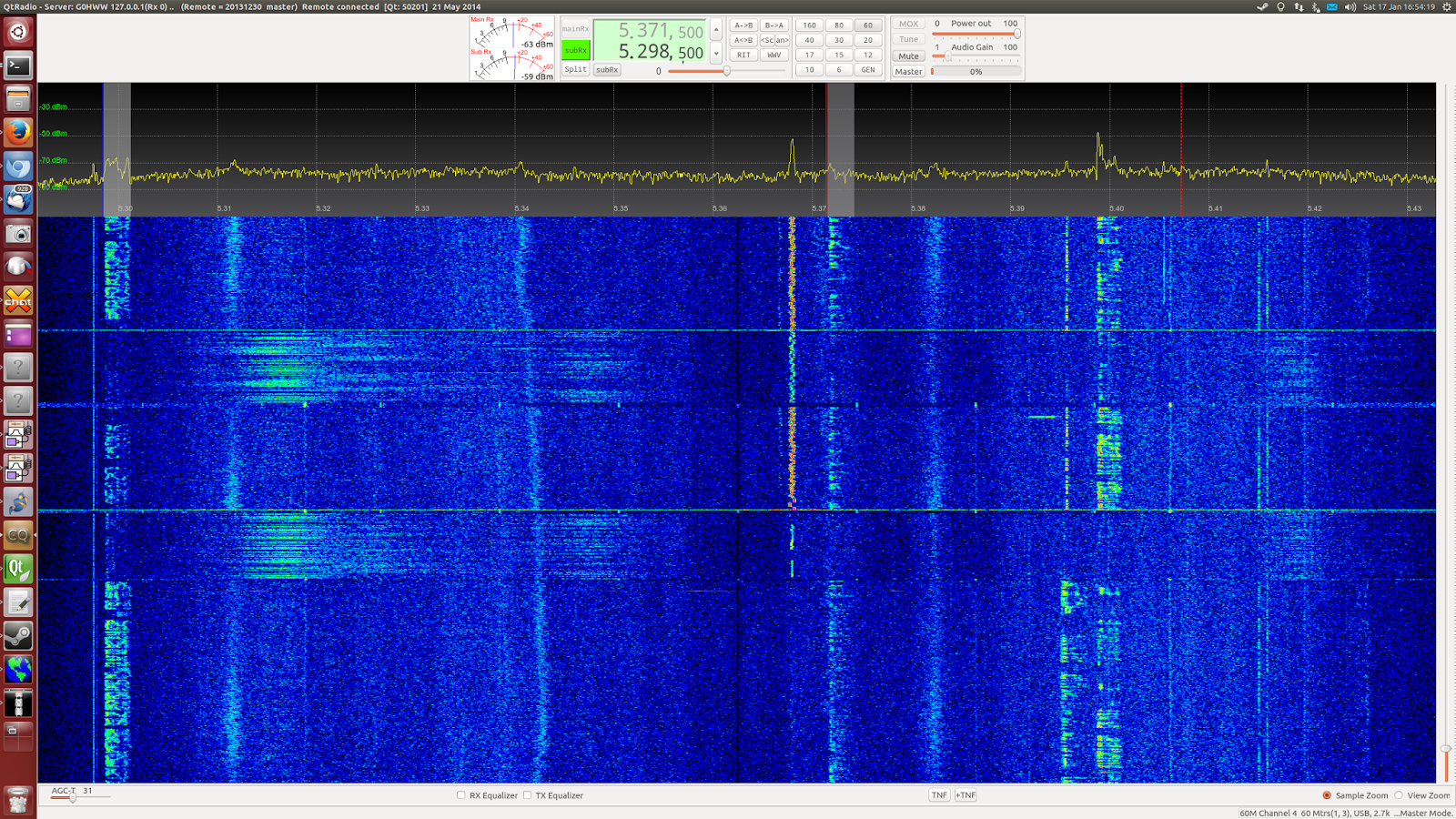 This one shows it for the BB6W. 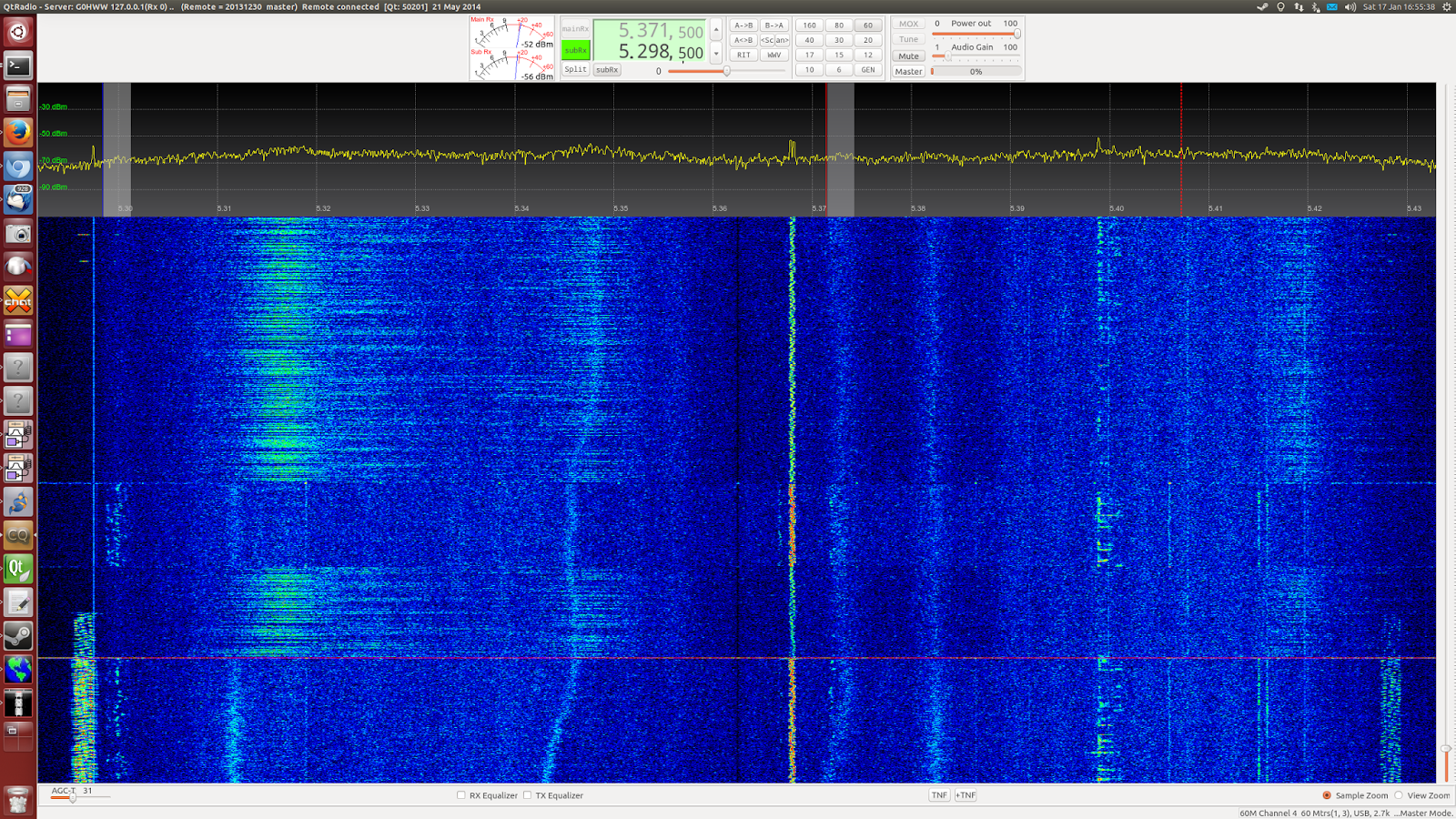 Note that the power spectrum is un-calibrated and that the waterfall adjusts its gain automatically.  I tend to crank the gain up on the KX3 with the preamp to lift the noise base up above the artefacts of the sound card, so I don't get distracted by them in the waterfall.

The next shot is a different instance of QtRadio, coincidentally also on 60, but this one is using my FCD-Pro+, also fed from the Wellbrook loop and has an instance of fldigi decoding the Olivia. 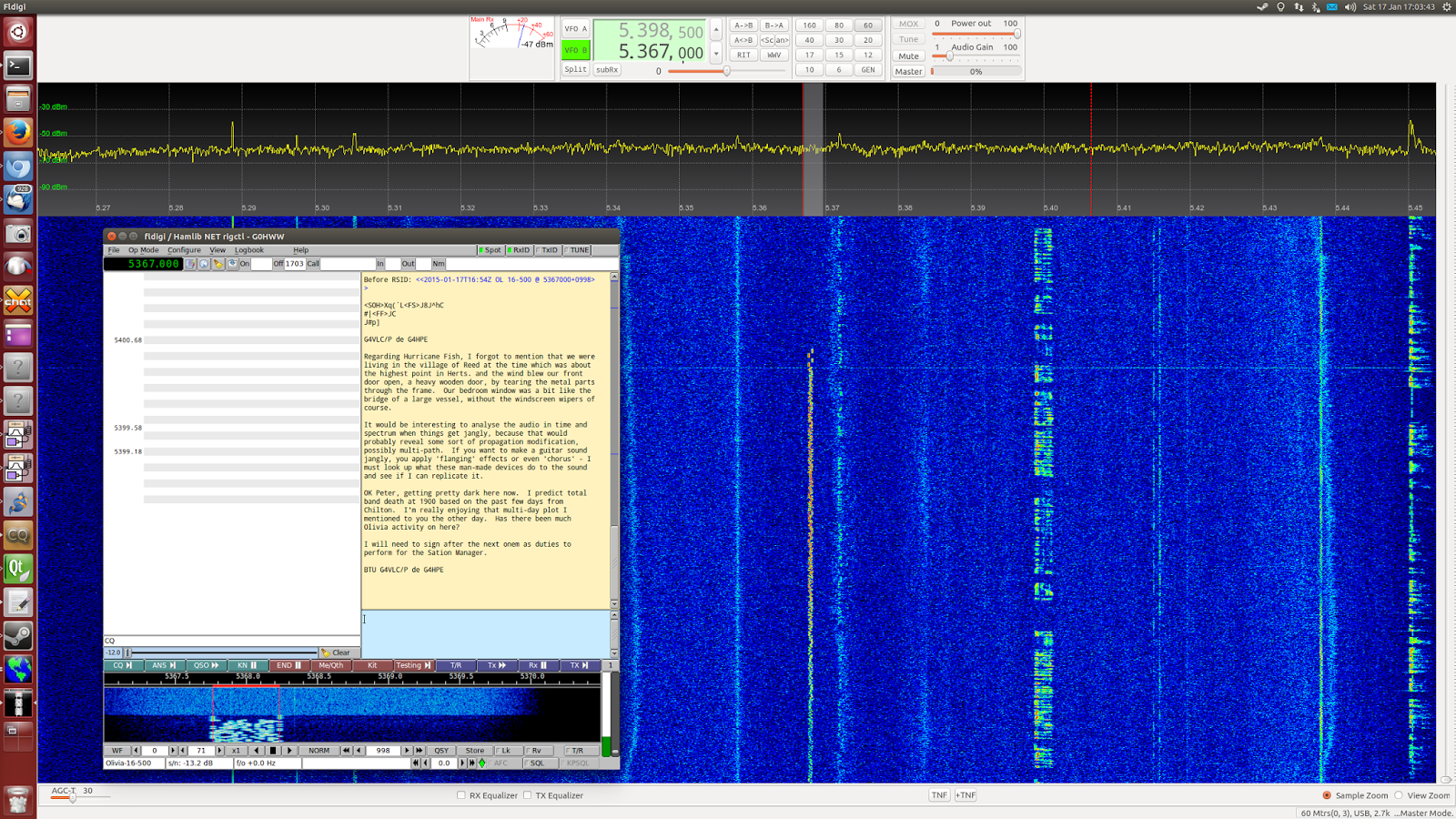 Some more pics from 80m.  This one is the power spectrum for the loop. 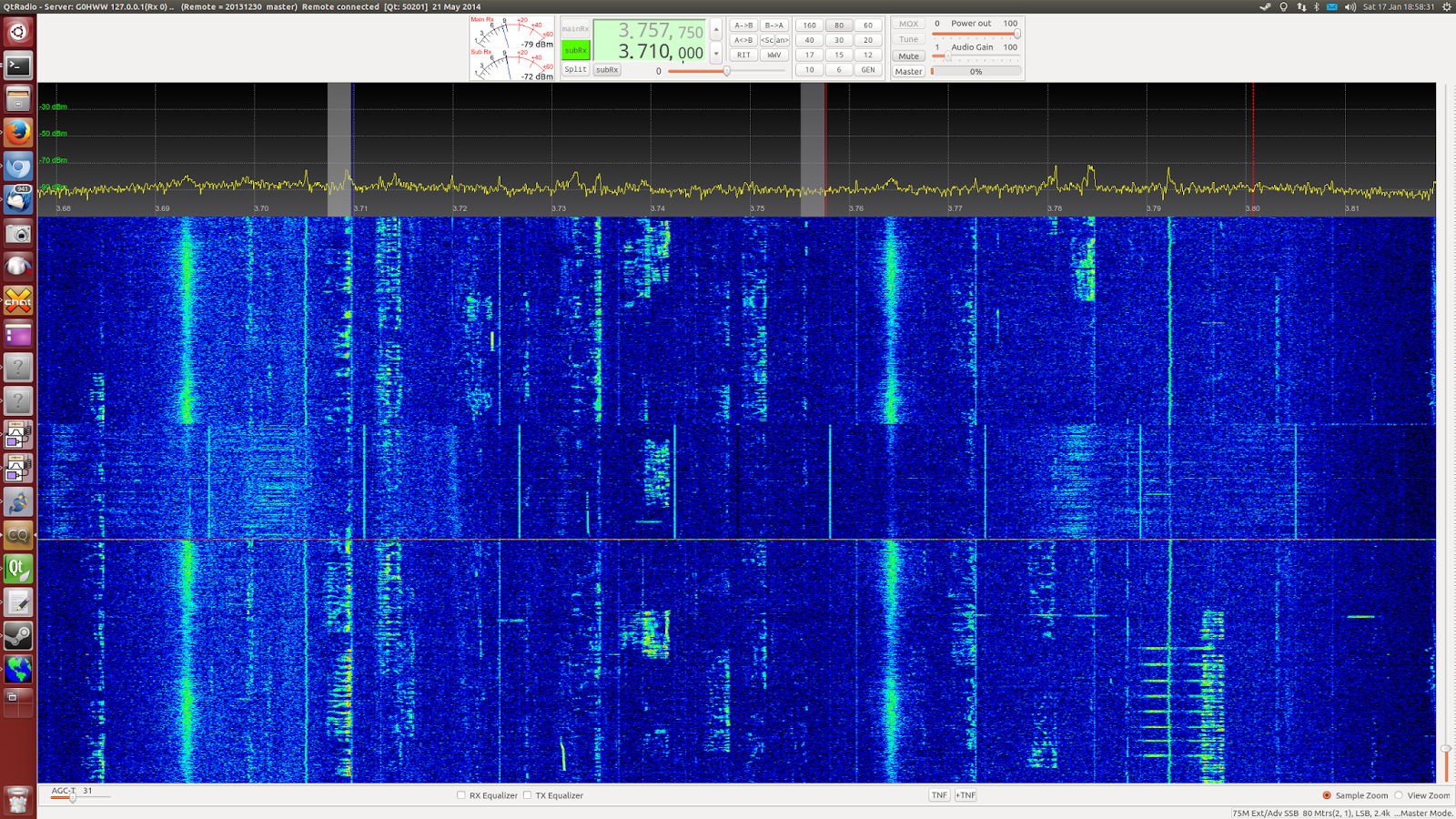 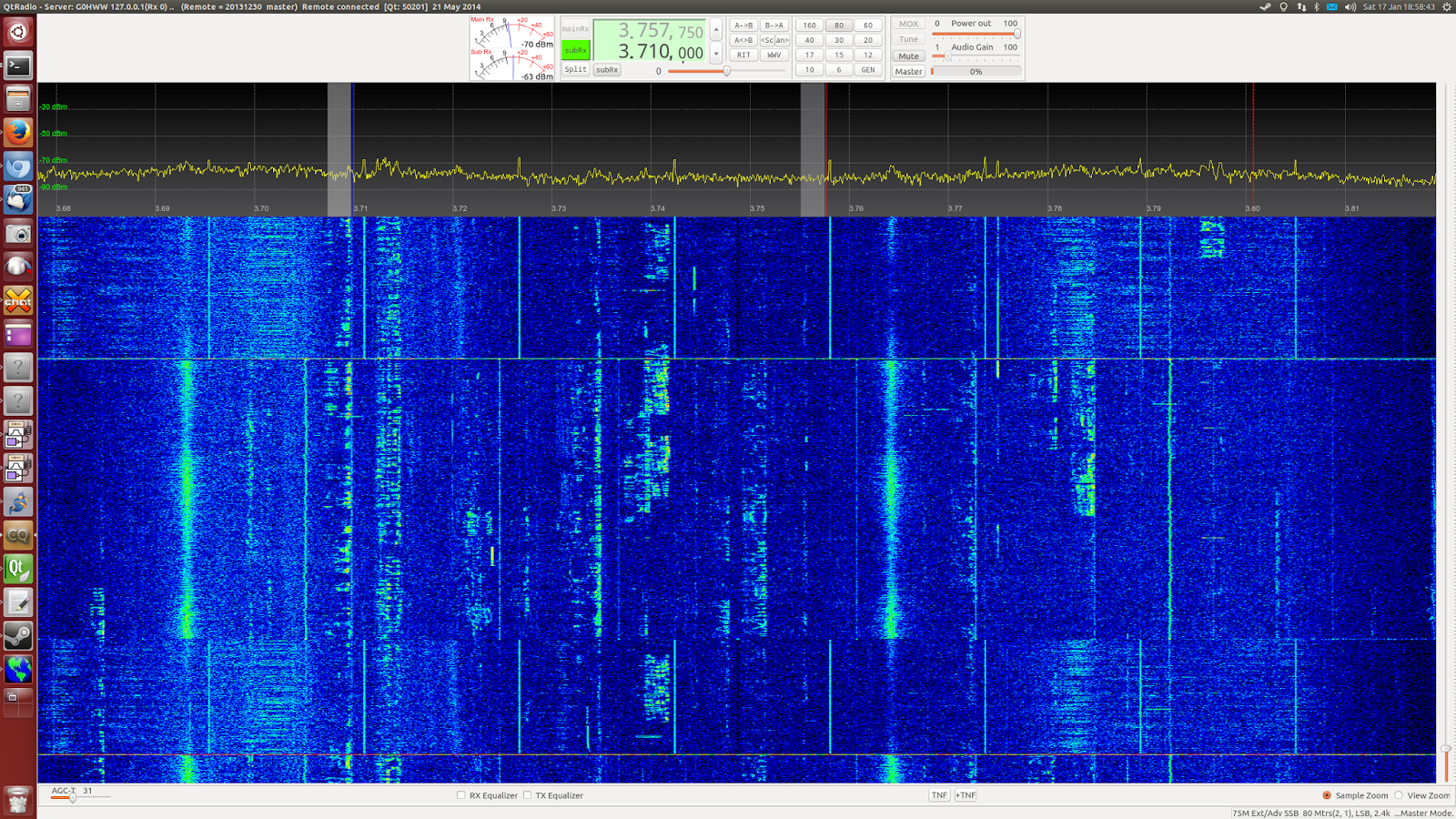