I downloaded  the source for freedv yesterday and built it without issues on Ubuntu 12.10 x86_64.  It took a little while to get the sound cards configured to my liking; I wanted both radio I/O and headset I/O to use the pulse audio device, so that I could continue to run fldigi from the with radio whilst running freedv.

There were two minor issues I had to overcome to get this configuration as I wanted.  The first was that I couldn't configure both ins and both outs to use the pulse device, as freedv insisted that the same device couldn't be used for both the radio and headset connections.  I worked around this by choosing the default device for the headset in and out, and the pulse device for the radio in and out. 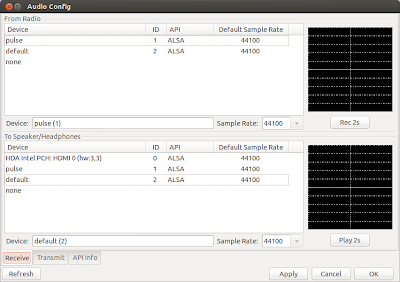 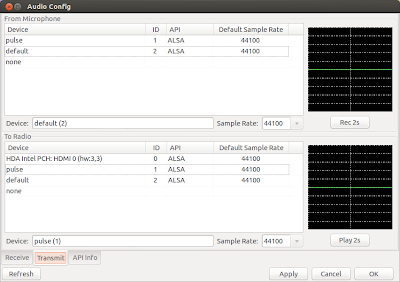 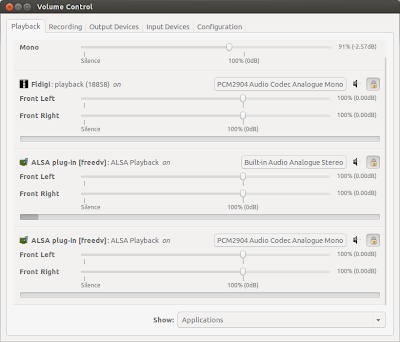 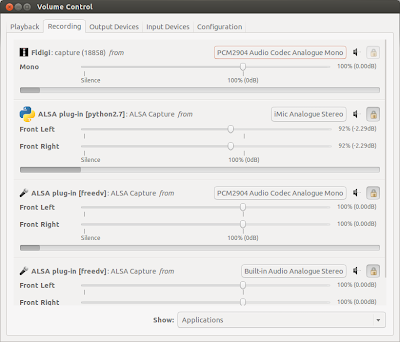 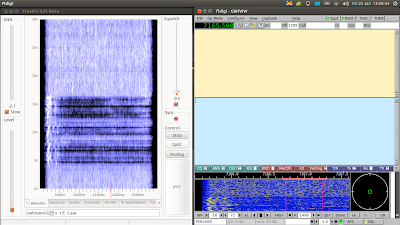 Two issues remain. The first is that I have to reassign all ins and outs in pavucontrol when i restart freedv, as pulse isn't able to distinguish between the radio and headset streams.

The final issue is that I have yet to find someone to talk to on air.  I'll be using my KX3 at, I guess, 5W power.