This might be a kind of live-blog. Perhaps. We'll see what happens.

I'm using a discone in the loft and a preamp at the wrong end of the coax.  With this arrangement, I can here (but not well) some priates on UHF-SATCOM,  quite a few 70cm sat transponders and faint signals from L-Band SARSATS, so it works okish.

A screenshot of gqrx, using a USRP B100 & wbx daughterboard. 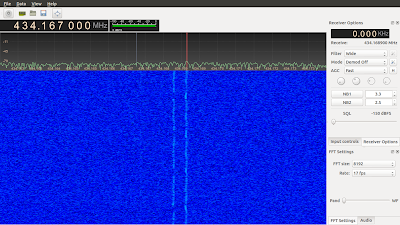 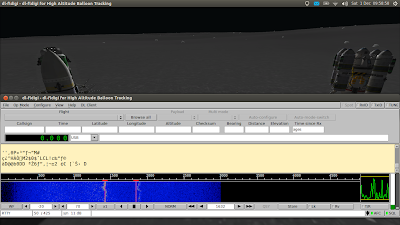 Apparently that's PROM i can see. 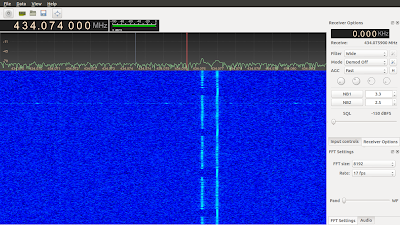 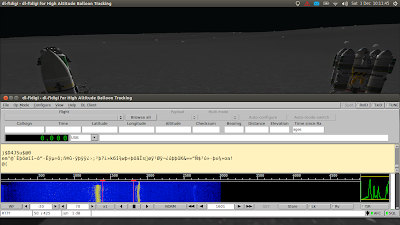 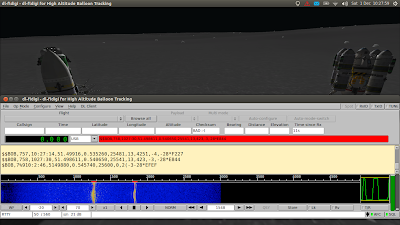 There's a bunch of loons going up, so I thought I'd monitor a whole MHz of spectrum in gqrx and look for them all at the same time, then tune in the strongest for decoding.  This is the playing field, below.  Bob is where the receiver is tuned to, and PROM is up at 434.167, faintly visible. 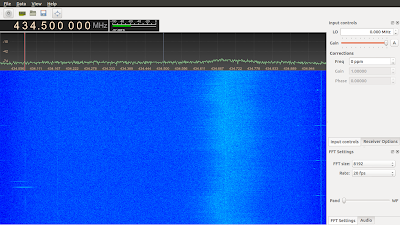 I popped up to listen to FO-29 and when i came back, there was another signal: 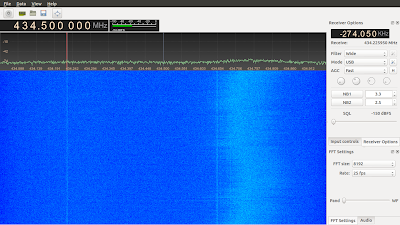 Apparently, it was TRUSS: 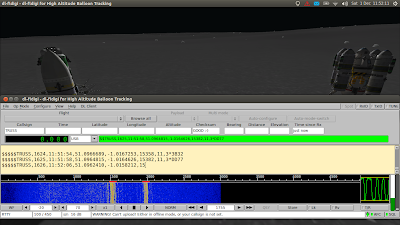 A little while later, I spotted ROLL in the waterfall: 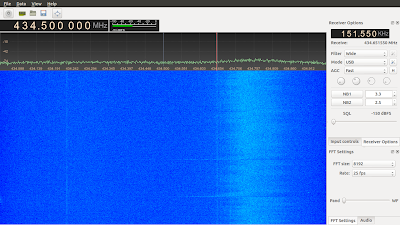 But the decodes weren't so good as it was in a noisier part of the band: 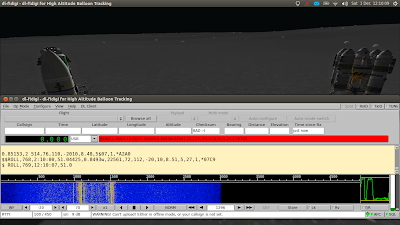 I continued to monitor, alternating between TRUSS and ROLL depending on which seemed stronger at the time.  I didn't get many good decodes.